Dr. Kevin Menzie is 10-year veteran of the United States Army. He is an ardent supporter of our military and their families and uniquely understands the challenges and sacrifices military families make. He earned the rank of Major while in the Army, and even eventually promoted to become the orthodontic consultant for the United States Forces Korea during a period of two years.

Dr. Menzie earned his BS in biology and Spanish.  He then completed his Doctor of Dental Surgery degree at the Arizona School of Dentistry & Oral Health at A.T. Still University of the Health Sciences. He is a member of Omicron Kappa Upsilon, a prestigious dental honor society, a distinction only a select few dentists achieve. While in dental school he also completed a certificate in public health with a dental emphasis, which provides Dr. Menzie with skills to work with communities and meet their orthodontic needs.

After dental school Dr. Menzie went on to earn a Master of Science in Oral Biology from the Uniformed Services University of the Health Sciences. He completed his orthodontic training at the Tri-Service Orthodontic Residency Program in Texas, which is the only medical training program that includes all three armed forces. As chief resident he was selected by faculty, peers, and the American Association of Orthodontists to compete for the Charley Schultz Resident Scholar Award for his research project.

Surgical correction of malocclusions is one of Dr. Menzie’s passions and areas of expertise. He has worked as an assistant professor in the oral surgery training program at William Beaumont Army Medical Center, teaching oral surgery residents how to plan and render life-altering orthognathic correction to scores of patients. Many of these patients previously suffered with deficient jaw growth and/or obstructive sleep apnea.

Dr. Menzie is a native of Southern California, having grown up in Thousand Oaks.  He is a proud father of two beautiful daughters, Briley and Katie.  In his free time, he enjoys discovering beaches with his daughters both in California and abroad, snow skiing, following Formula 1 racing, honing his trampoline skills, and practicing Spanish. 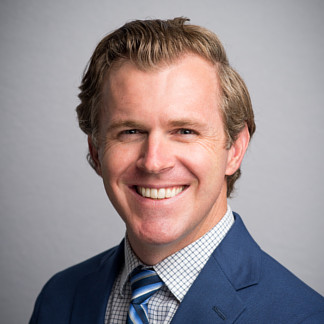